The Lowe’s Canada network (Lowe’s, RONA, Reno-Depot and Dick’s Lumber) has long met the needs of Canada’s home improvement DIYers and contractors alike with their network of more than 470 corporate and affiliated dealer stores from coast to coast. With over 26,000 employees serving their customers, Lowe’s Canada knows that hiring diversely and inclusively is often the key to sourcing unique talents for its many retail and corporate roles. Several corporate stores within the Lowe’s Canada network have chosen to pursue their approach to diverse hiring as a collaboration with many different stakeholders, and amongst these endeavours has been the expanding relationship between RONA Regina and Ready, Willing and Able (RWA).

RONA Regina first connected with RWA in early 2020 and while the intervening year of Covid has seen retail hiring opportunities ebb and flow, commitment to pursuing inclusive hiring would remain a priority to explore, particularly through available summer positions.  RONA Regina chose to fill these vacant summer/seasonal positions with job seekers on the autism spectrum or with an intellectual disability, ensuring these candidates were offered the same working conditions and benefits as all other employees working at the same location.

Flexible recruitment based on existing practices

RONA Regina’s commitment to inclusion began with ensuring that their recruitment practices allowed the kind of flexibility needed to build a diverse workforce. Candidates referred by RWA would still be recruited according to the same overarching policies and procedures as other candidates, but in a manner that ensured a more equitable process. Each year, before the peak season, the Lowe’s Canada network holds a vast hiring campaign for the public. However, in Regina, RONA managers decided to hold a smaller Hiring Fair for those candidates on the autism spectrum or who have an intellectual disability. While candidates had to interview and qualify for positions like any other candidate, the accommodation created a more accessible environment and therefore, gave candidates with a disability an enhanced opportunity to showcase their full potential to the recruiters. RONA Regina also worked together with RWA – and its partner employment agencies – to provide candidates with any additional support required throughout the recruitment process and on into the orientation and onboarding process.

Six successful hires in one year

RONA Regina hired four RWA-referred candidates during the 2020 summer season and a further two thus far in the current (2021) summer season. Indeed, for summer 2021 RONA Regina was initially interested in bringing back some of its most valued seasonal employees from 2020, but most of those employees had already moved on to find employment elsewhere. In such a way RONA Regina’s commitment to inclusive employment not only resulted in jobs but has also became a springboard for candidates to amass valuable work experience and move onto other career opportunities; something RONA Regina store manager, Damien Henry, sees as yet another positive overall outcome.

This year the Store Manager and his team hired two employees to work in the Garden Centre through their partnership with RWA. One of these employees, Deanna Daigneault, has flourished in the role, says Manager Damien Henry: “Deanna is meticulous and honest. All employees referred by RWA give their 110%. They are thankful to work with us and their enthusiasm is contagious. They are focused on the task and follow the guidelines well’.

Damien Henry goes on to say that the benefits of inclusion aren’t just for those who get hired. He notes that all RONA Regina supervisors have been instructed on best practices to supervise and support a person with neurodiversity. Furthermore, he says that those supervisors who have an employee on the spectrum or with an intellectual disability within their team have become better managers – “They have become better communicators and make sure all their employees understand the guidelines. They also take the necessary time to show the tasks to be performed”.

According to the Centre for Inclusion and Citizenship (CIC) at the University of British Colombia, 73% of businesses that hired through RWA reported receiving positive feedback from their customers regarding their commitment to inclusion.  Mr. Henry observed that many RONA Regina customers appreciate their involvement with inclusive hiring: “While some customers expressed their satisfaction, most customers did not notice the difference in the quality of the service received by neurodivergent employees in comparison of the other employees. Their performance and customer service are as good as other employees.”

RONA Regina has demonstrated its capacity and leadership to employ a workforce that reflects the diversity of the communities they serve. RONA Regina’s partnership with RWA has become such a success, that the Manager decided to commit year after year. Manager Damien Henry’s tip for other employers who would like to hire more inclusively is to ‘give people a chance’ as the first step of building a diversify and talented workforce. 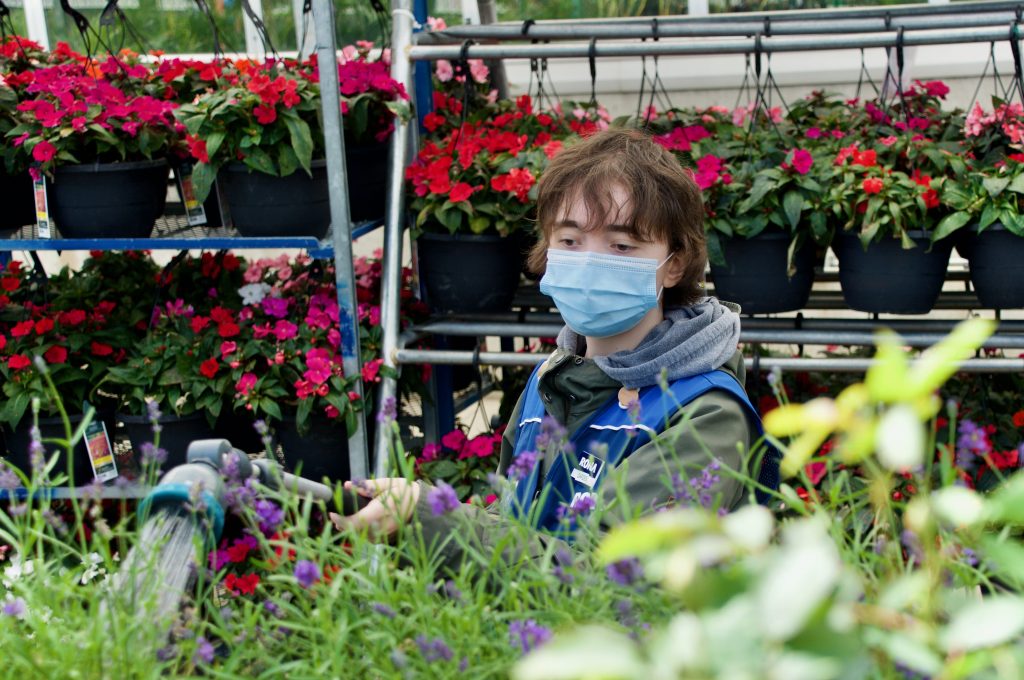